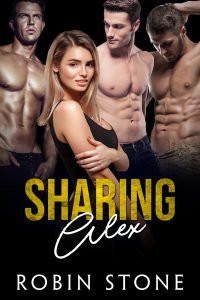 Sep14 Comments Off on Brazen Player is up for pre-order!

Coming to Amazon and Kindle Unlimited on September 19th

My NEW book Brazen Player is now up for pre-order on Amazon! Coming September 19th (also coming to audiobook and paperback soon).

This is my book in the Cocky Hero Club world. It’s a standalone. You don’t need to have read any books in the original Cocky series from Vi Keeland or Penelope Ward to enjoy this book. 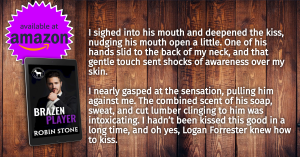 We’re both playing the game. But who’s going to win?
Logan
I should get this promotion to the executive team. I have experience. Loyalty. Smarts.
But the one thing I don’t have is the one thing I’ve never been able to achieve: a family.
My personal life shouldn’t matter, but the executive team is filled with family men and women.
Me? I’ve had a revolving door of dates. It’s just the way I like things—casual, no-strings.
But it’s time to toss out the little black book and get serious.
I need a woman who’s feisty, someone who can handle me.
Someone strong and funny and intelligent.
Someone like that hot little brunette I see in the elevator who sets my libido on fire.
It’s lust at first sight.
Too bad she can’t stand me.
Olivia
Men—the bane of my existence!
Between my nuisance ex and people who think a woman doesn’t belong on a construction site…well, they can all kiss my curvy ass.
As a home renovation expert, I know my way around power tools.
I’m taking things to the next level, renovating and flipping a condo in a high-end building.
I’m out of my element here. I can tell by the way the unit owners look down their noses at my paint-stained clothing and work boots.
Especially the snob in the suit I meet in the elevator.
He thinks he’s better than me. I certainly don’t need a snooty jerk like him…
Until he makes me an offer I can’t refuse.
“I really like Robin’s portrayal of Olivia as a self sufficient and fierce female lead. With a sweet and lighthearted atmosphere and a simple, flowing story, the undertone of equality and that girls can do anything they want to do is the cherry on top for this entertaining, feel good, easy to read book. 4 stars and a pair of work boots.” – Stital, Goodreads
“Olivia is a strong, independent woman who owns her own contracting company and doesn’t take shit from anyone. I really liked her character, because she isn’t afraid to admit when she’s wrong, but will stand up for herself when she knows she’s right. Logan was a sweet guy, if not a little misunderstood. I really loved that he didn’t shy away from his attraction to Olivia and was patient with her. Overall a great addition to the Cocky Hero Club Series.” – Sarah, Goodreads
https://bit.ly/BrazenPlayer